So on the 23rd March 2014, I raced my 2nd Ironman event...It was my first full official 140.6 miles (226km) as 2013 was cut short due to the wind conditions, which resulted in a reduced swim of 1.5km rather than 3.8km.
I thought I would do this before I head back into work on Wednesday as I have a few things on my plate post Ironman. So this race report will be what happened on the day and my reflection piece will be done at a later date.

So on the Sunday morning, I woke up at 4:30am to have breakfast (coffee, white toast with coconut jam) and was ready to leave the house by 5am but my partner (driver, photographer and supporter for the day) was still in bed. Slightly annoyed at his lateness but I didn't want to get too upset as it was not going to be a good start to the day. We eventually left the house at 5:20am and got into Frankston (and found parking) at about 6:20am. I walked pretty fast into transition to set up my bike and realised that I had packed my spare gels into my blue bag rather than into the bento box....something which I didn't even realise when I packed my bag on Friday evening. So what I had on my bike was a bidon of coke, a bidon of plain water and my shotz solution mix into my front sippy system. I wrapped some teflon tape (plumber's tape) around the threads of my canisters to stop them from unscrewing itself during my ride (as it had been doing over the last 2 months or so). I pumped my tyres and I was ready to race.

I nearly forgot to drop off my special needs bag and only realised when someone asked me where the drop off was!

Tri Alliance had a meeting point in the morning so I headed towards the flags and said hello to the squad. We hung around for about 10min or so before we decided it was time to suit-up and headed to the swim start. By the time I walked towards the swim start, I heard the horn go off for the pros and was slightly nervous thinking that I only had minutes left but we had plenty of time.

I got into the water and got acclimatised to the water temperatures and got my spot amongst the crowd. I wanted to add at this point that I was very nervous about the day ahead as all I could think about was the race last year and how much it broke me. I was also still traumatised from the ride I did during Geelong 70.3 a month ago. Once the gun went off for the age groupers, all those negative thoughts just vanished and it was all about the day ahead.

I didn't want to start too far on the left knowing that I can and should draft off people in this swim. I probably started about 100m from the pier and was comfortable in this position. The swim towards the first buoy was hectic. I got elbowed in the face and I bit my lip on two occasions. Even though the first turning buoy was about 850m from the start, there was still a bottle-neck around the 1st turning buoy. I decided to not swim too close and swam around the congestion with little to no issues. The swim to the 2nd turning buoy was short so there was further congestion and I could hear people yelling.

The rest of the swim was just about sighting the buoys and heading towards buoys 3, 4 and 5 before heading towards buoy 6 and then to shore. I found the sighting buoys really inconsistent in their placing as the tide moved them around. I decided to just head towards the IM buoys. I could draft of the swimmers in front of me at a good pace, sometimes maybe a little too slow for what I could hold but I wasn't there to sprint to the finish.

As I got out of the water, I was impressed with the my swim. I was not tired and I was ready for the 180km ride ahead. I drank a few mouth full of the Gatorade they handed out as I needed to replenish my calories lost during the swim and to also remove the salty taste in my mouth. 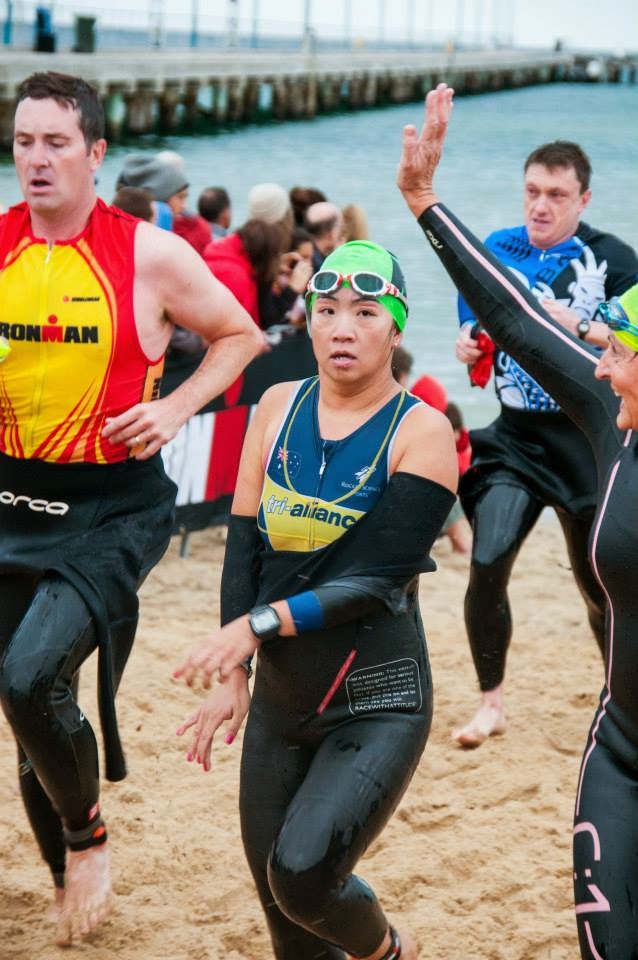 In T1, the volunteers helped me get dressed. As much as they were trying to be helpful, they threw my train of thought out the window to what I needed to do (i.e. strip down my tri suit - wear it like a pair of shorts and put my jersey on top). I ended up advising them that they can help someone else as I was ok. I reapplied paw paw ointment around my groin area so that I would not chafe during the race.

My bike was close to the exit but I had to swing my bike around a guy who ran up the wrong side of the carpet. He was in a daze and didn't realise where he needed to be. I heard plenty of cheers from Tri Alliance supporters and that gave me a big boost to tackle the day ahead. 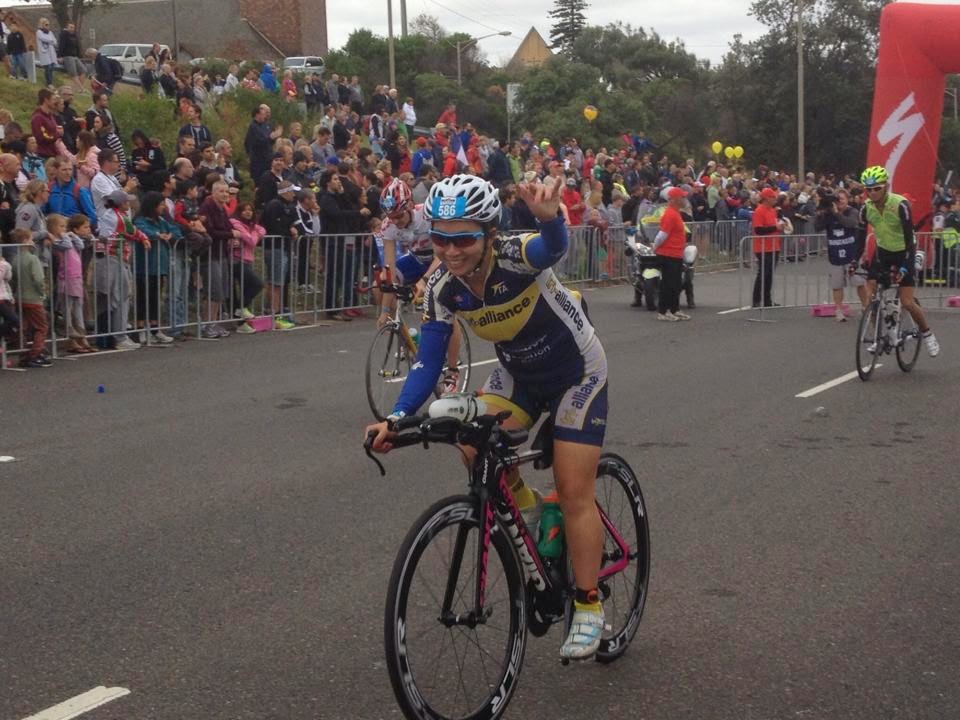 So within the first 30km I was feeling great. I knew there was a slight tailwind and my average speed was all above 30km/hr. Because of how easy the ride felt, I knew that it would not be a pretty sight on the way back into Frankston. As I had done this course before, it didn't felt long before I reached the Mullum Mullum tunnel. I was hesitant about descending but it didn't feel too scarey. The ride back up the tunnel was when I was in my small chain ring and an easier gear to make my ride easier. The turn around point seemed to come quicker than last year. I rode my first 45km in just under 1:25 and I was ecstatic about this.

There was a headwind towards Frankston but luckily there were enough people around me to make the ride a bit more bearable. There were several moments (we are talking 30km or so) when people started to overtake but would not keep up their speed so when they pulled in front of me, they would slow down (bad). This was annoying so I would speed up to ride around them. I was in my large chain ring the entire way and by the time I got into Frankston, I was fatigued and mentally had to compose myself for the 2nd lap. It didn't feel as easy as the first heading back out after 90km but I knew that I was over the half way mark and the rest of the ride was ever closer to the 180km than before. The ride back into Frankston was harder than the first as the wind picked up. Straight after the tunnel, I had to stick to the small chain ring and just rode with it all the way back into Frankton. My speed was low but I knew that my legs were going to stay relatively fresh for the run.

When I got off the bike, I realised that I didn't stop to pee once (where as last year I stopped twice), must have been the two times I pee'ed in my wetsuit too (?!).

I got into T2 and took off my jersey and put my tri suit back on. Put on fresh socks and put on my running shoes. I decided to not run with a hat as it was a cloudy day.

Within the first few steps outside the tent, I needed to go to the toilet and I am glad I did as I didn't need to go for the rest of the day.

When I was off on the run, my legs felt relatively good. Much better than last year and I didn't have any tears at all. I pretty much just started to run towards St Kilda and felt good. My plan was that I would have a gel in the tent and would have a gel at every 4km (2nd aid station) but because my ride was 6:44, I had a gel about 10 before the start of the run. I decided that I would hold off my first gel until the 2km mark of the run and would take the next at 6km, 10km etc. The plan was to take a salt tablet at every 45min. Early on the run, I decided to have some of the vegemite which they were serving and found it great! So every aid station, I had coke, water and Vegemite with every 2nd aid station, a gel.

I pretty much ran the entire marathon and (only) walking through the aid stations, up the hill at Mentone, Ricketts Point and behind the carpark at Brighton. I carried a pretty good pace and only had about 4 people pass me in the run. I ran passed so many people on the run and had some guys cheered me on and told me that I was running at a great pace. Around Chelsea, I could smell a bad stench and when one of the athletes passed me, I realised that he had crapped his pants and it was so full that a bit of it was coming down his legs. Was disgusting! I never want to be that person, I would stop at a toilet before that ever happens.

Running through the two Tri Alliance aid stations was the best, the first being Mentone and the 2nd being Elwood. I took my time through them and thanked all the volunteers. Was great to see familiar faces. 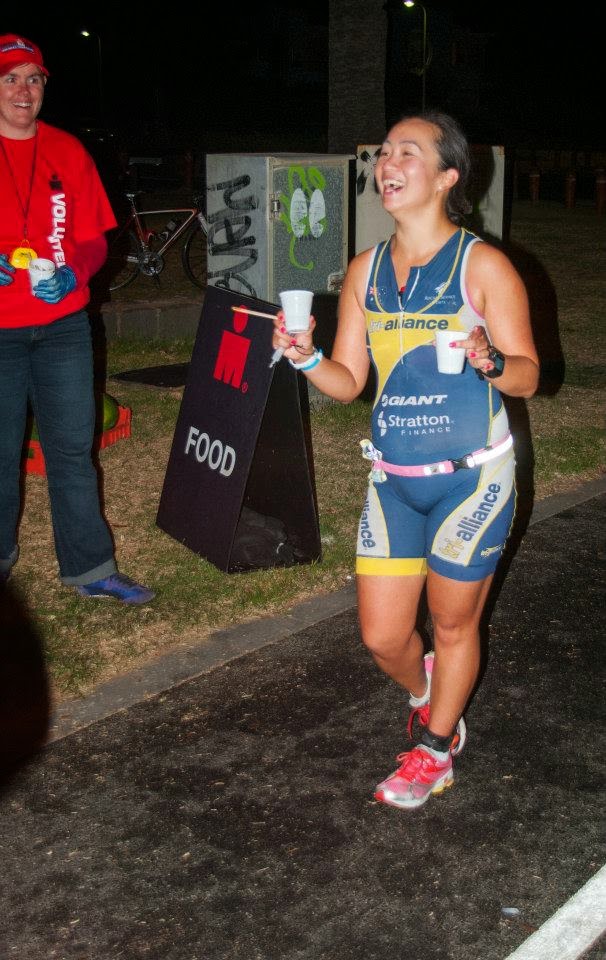 Elwood was the 2nd last aid station and I knew that I was close to home. I had my last gel there knowing that I would just run on coke for my last 2km. I once again ran through the Great Provider with a huge smile on my face and made sure that I stuck my hands out wide - this way, I would not get slaps across the face (like last year).

The last 1km into the finish line felt the longest ever. I was so close to finishing and I couldn't wait. I decided long ago that I was going to make my finish a bit more memorable and did the robot dance. I have got photos of this but will need to wait until pay day to purchase them. I will be posting them once they have been finalised.

Run Nutrition: 11 gels, about a litre of coke in total and half a teaspoon of vegemite at each station (22 stations).

In the results side of things, there were 47 finishers in my age category (Female 30-34).

Overall - 13:12.16 (43 out of 47). What I am most proud of is that this year was the full 3.8km swim AND I had an 20min PB which was huge in my eyes! I will write more about this race but for now...I just wanted to write down the main points and express how happy I was about this race. I actually feel complete and content. 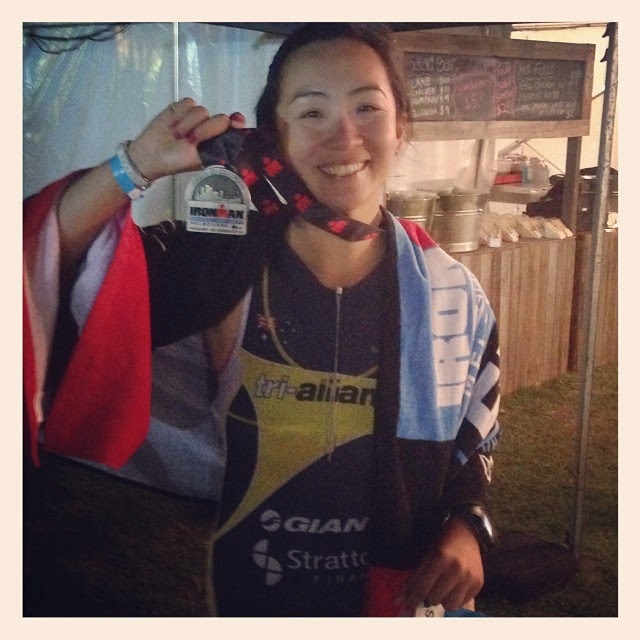 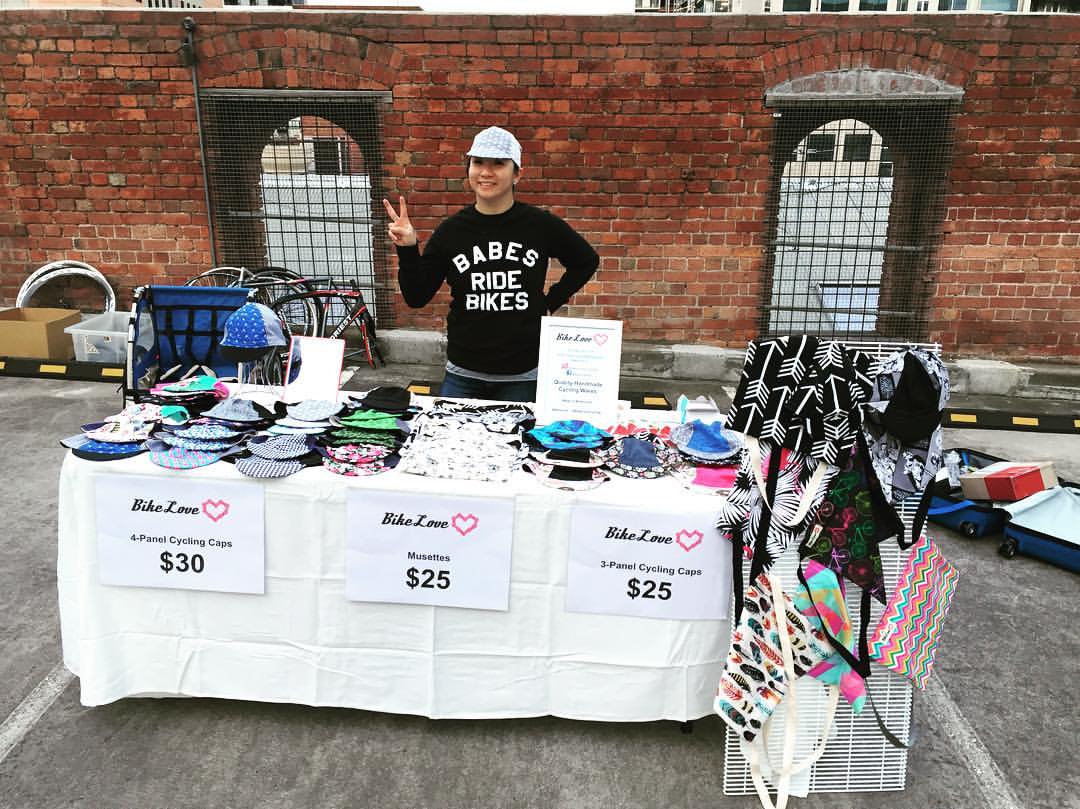